Getting off the Hamster Wheel

Home Thought Leadership Getting off the Hamster Wheel
Mar 12th, 2019

True story. Several years ago, I was invited to present to the City Council and heads of the fire, police and building departments for a larger (200,000+) city on “zombie foreclosures” etc. First to arrive was the director of the building/code department and after introducing myself I asked him a question I had asked municipal officials countless times before (and countless times after), “what is your procedure for addressing vacant and abandoned properties?”. The response was exactly how I had heard it, in some variation, each and every time, “we send a notification to the last known address of the homeowner”. My response always is “but isn’t that the vacant and abandoned house we are talking about?”

99.99% of the time that is usually an “AHA Moment”, this time was different. The response I got was a simple “yes”, but what struck me was the lack of reaction. I left that conversation believing that the head of a department in a larger city saw no waste of time and money in sending a certified letter to an abandoned home!

If only it ended there! I related this story while presenting at a state code enforcement conference and a code enforcement officer in the front row started laughing, out loud, a literal “LOL”. Nice story but definitely not material for Kevin Hart or Jerry Seinfeld! When asked, he responded, “Michael, even when I know the owner is deceased, I still have to send a letter”!

No one is saying that anyone is willingly or intentionally wasting time and money, it was very clear that it was just “what is required” or “what the process or procedure is”. I’m sure some questioned this approach that maybe fell on deaf ears and probably others (like the aforementioned department head) didn’t and just went with the flow.

In the private sector……well let’s say I wouldn’t want to be in that employee’s shoes.
I recently attended the OCMA Conference in Columbus, OH where I learned a new tactic in employee evaluation and engagement.
Best practices are best practices and should be implemented regardless where they originated.

This story is really the genesis behind MuniReg. Vacant property registration ordinances are a proven tool for local governments, but why is it still being administered the same way? Utilizing internal staff to chase after non-compliant parties? Utilizing trained code officers or community development professionals that should be in more productive roles?

This picture pains me. Why are trained code officials wasting time and effort doing research? 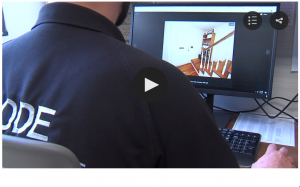 MuniReg addresses these inefficiencies – and more!